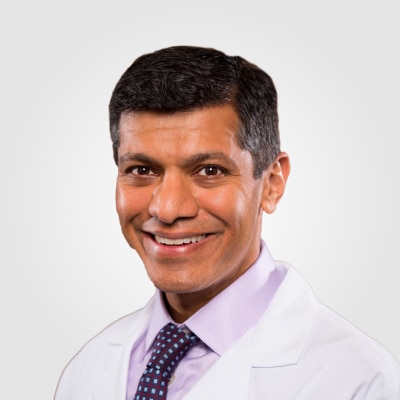 Dr. Samir Shah received a bachelor’s degree in both Electrical Engineering and Economics from Cornell University. He earned his medical degree at State University of New York, Health Science Center, College of Medicine, Brooklyn, where he also completed his internship in General Surgery and residency in Otolaryngology-Head and Neck Surgery. He achieved his MBA with highest honors from Rutgers University in 2007.

Dr. Shah has numerous interests and activities in which he participates in his spare time. He is an avid skier, a cycling fanatic who rides all 12 months of the year, and a frequent visitor of National Parks. He is actively involved in improving quality and safety in the community, serving as co-chair of the Quality and Safety Committee at Virtua Health Network for the past 7 years. He actively participates on other Virtua Hospital committees such as Governance, Nominating and Quality.

Dr. Shah is board certified by the American Board of Otolaryngology – Head and Neck Surgery, and he is proficient in all aspects of ear, nose, throat, head and neck adult and pediatric care. His patients frequently remark that it is readily apparent that he devotes his expertise, time and attention to improving their otolaryngologic health.