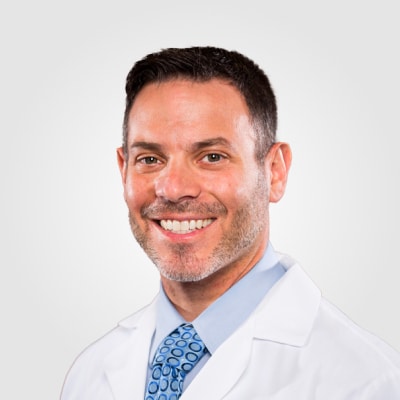 Dr. Anthony Cultrara is a graduate of Rutgers New Jersey Medical School (NJMS). He completed his General Surgery and Otolaryngology – Head and Neck Surgery training at the State University of New York Health Science Center, College of Medicine in Brooklyn. After residency, he pursued advanced specialization in voice disorders completing a laryngology fellowship at The New York Center for Voice and Swallowing Disorders in Manhattan.

Dr. Cultrara is certified by The American Board of Otolaryngology-Head and Neck Surgery and has been practicing with Advanced ENT & Allergy since 2004. He has served on several hospital committees and is an Adjunct Assistant Professor at the University of Pennsylvania. He treats all aspects of pediatric and adult ear, nose and throat disease with an expertise in voice disorders. He has been awarded Top Doc in South Jersey Magazine and Philly Magazine as chosen by the readers.

Dr. Cultrara lives in Moorestown with his wife and three children. He enjoys participating in his children’s extracurricular activities and was the head coach of a local robotics team for several years. He enjoys the outdoors and is an avid skier. He has a passion for mountain biking and cycling, and during the warmer months, you may spot him anywhere between his hometown to Cape May riding his bike.

Laryngology (2004)
The New York Center for Voice and Swallowing Disorders