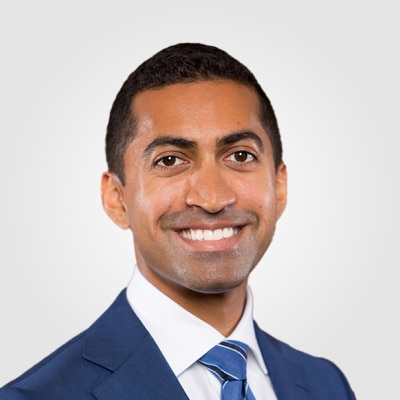 Dr. Dandu is a member of the American Academy of Otolaryngology – Head and Neck Surgery. He enjoys diagnosing and treating the entire spectrum of adult and pediatric ear, nose, and throat issues. His specific interests include allergy/sinus issues, thyroid/parathyroid disorders, and head and neck cancer. Patients often comment on his calm, affable demeanor and willingness to listen to their individual issues.

In his free time, Dr. Dandu has numerous interests that he actively pursues. He remains focused on overall physical fitness and wellbeing, including weightlifting, cardiovascular exercise, and recreational tennis. He enjoys fixing problems as they arise and has taken up automotive maintenance as a hobby. He remains deeply committed to family and friends and looks forwards to the trips he takes with them, both domestic and international.